Lethe (pronounced /⁠liθ⁠/[key][3]; Japanese: レテ Rethe) is a cat laguz from the kingdom of Gallia. She is the superior of Mordecai and harbors extreme disdain for beorc and anything having to do with them. She has a twin sister, Lyre, who she watches with her life.

Lethe is the first playable laguz that joins you. She has respectable bases for her join time, especially speed. She transforms on turn 1, so for about 5 turns, she turns into a unit with excellent movement and 1-range offense for midgame. She is bulky enough to take several hits thanks to her good health and defense (especially with the beorcguard), and fast enough to dodge many attacks.

When she joins, Lethe is limited by her laguz gauge and lack of 2-range. When she untransforms, she is limited to being a shove bot or meatshield. To her credit, she is flexible with shoving because she can shove every unmounted beorc in the game, and also has 7 move which is high for a non-mount. Compared to mounts like Titania and Oscar, she also cannot canto.

Lethe has good growths all around, with decent strength and excellent skill and speed, so she can turn into a competent laguz endgame. However, it can be hard to take advantage of her growths. She has a very low experience gain for midgame (both combat EXP and BEXP), so she will not level often. By the time her experience curve catches up to other beorc units, they will have caught up to her combat. She does not have options for forged weapons either. Ultimately, she is extremely useful at her join time, but stands out significantly less as a combat unit later on.

Lethe starts with no skills. Smite can be useful for her because of her good shoving utility; however, Lethe does not have the weight to shove mounted units while units like Mordecai and Muarim do, so the Smite scroll is better used on them. Adept works well on her with her good skill base and growth, though keep in mind it's only useful while she is transformed, so it is put to better use by beorc units.

Lethe has a heaven affinity which boosts only accuracy. Ike can work well with his earth affinity boosting only avoid, but the accuracy boost is not important for him, and their movement is not similar. Jill and Muarim are both units with similar movement and thunder affinities, giving defense and avoid boosts, which is valuable. Jill may also appreciate the accuracy boost if she starts using axes. Ranulf is the same class as Lethe, and thus they can have similar movement, but they have different transformation times, Ranulf's wind affinity avoid bonus is not particularly useful, and the accuracy boost is overkill and not necessary.

Lethe is a cat laguz that is available in part 2, and permanently joins Ike's group early in part 3. She is valuable in part 2, having enough attack and speed to one-round most weaker enemy units, the durability to take a few hits transformed, and having massive mobility transformed. However, when she joins Ike's group, she is one of the weakest units, having only 4 more attack than Mist with the Florete. Her speed is still good enough to double most units for some time. Her mobility can also be valuable through part 3 thanks to having very few terrain penalties (especially forests and ledges). If raised and used through part 4, she works well on both Ike's group (laguz vision in 4-1 and ledges in 4-4) and the Silver team (forests in 4-P and desert in 4-3).

Long-term Lethe struggles to contribute in combat, because her class's laguz gauge depletes extremely quickly. She cannot be safely exposed to much enemy phase combat as she is prone to detransforming so quickly, so she should be prioritized as a player-phase unit. Unfortnately, she struggles to make good use of her player phases, because due to her terrible gauge depletion rate, she must use Olivi Grass almost every other turn to stay transformed.

In addition to that, while she has an excellent speed growth and passable strength and defense growth for a laguz, her experience gain is extremely low when transformed. Her experience gain is improved untransformed, but she is prone to dying untransformed instantly. BEXP is also not a great option for her, due to the majority of her BEXP levels going into health and luck instead of strength and defense. Path of Radiance transfers are very difficult to take advantage of, because the only stat she can possibly cap without stat boosters is strength, which requires several rigged levels (though, she'll effectively gain 4 strength transformed if this is transferred, greatly benefiting her). Overall it is extremely difficult to raise her, and there is no consistent way of working around her class gauge.

Lethe has an excellent speed growth for a laguz, so if used for long-term combat, she should use skills to take advantage of that. Adept helps compensate for her weak attack and strikes. Quickclaw can have some use for her, given she has no 2-range options. Vantage and Cancel are not great options for her despite activating off of speed, as she does not work well as an enemy phase unit and should always be exposed as little as possible due to her class gauge.

Lethe has a heaven affinity, which gives purely accuracy. Unfortunately not many viable partners value the overkill hitrate. Mordecai has the exact same availability and movement as Lethe, and his water affinity boosts attack and defense which both units value. Any other unit with a Fire and Water affinity helps Lethe's offense, though keep in mind Lethe's class makes it very awkward to try to keep them together.

There are two different variations of Lethe available to Heroes, both of which are tied to her storyline appearance in Radiant Dawn. The normal variation of Lethe is one of the characters added to the game in the Realm of the Dead update, and became available for summoning by players on April 20, 2019. A New Year's-themed variation of Lethe was made available between the period of January 1, 2020 through February 6, 2020 as part of the summoning event surrounding the Renewed Spirit update.

Lethe: Gallia's Valkyrie is only available at 5★ rarity.

Lethe: New Year's Claw is only available at 5★ rarity.

Lethe is rather harsh and cold, usually only thinking of herself and her twin sister. She is also not much for small talk or compliments, but there are some exceptions. [4]She has a strong hatred for beorc, calling them "human" frequently to show her contempt. [5] She is also a fearless warrior, and an overall intimidating figure.

See Support § Path of Radiance for more details on supports.

Lethe is featured on four cards in Fire Emblem Cipher. 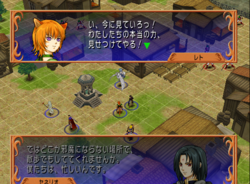 An early screenshot of Lethe, wherein she has a different name.