Silque was taken captive by bandits in the Thieves' Shrine. Alm and his allies arrived there and defeated the thieves and freed her from the cave. Silque joined them as thanks, and continued to accompany Alm until Duma's defeat.

Silque is the first Cleric in Gaiden and is incredibly useful due to being the only unit on Alm's route with access to white magic until Tatiana in Act 4. Most notably, Silque will be the first unit with access to Warp; however, as healing does not give experience in Gaiden, she must earn the experience to reach level 7 through combat. Her only offensive spell is Nosferatu, which is locked to 50 hit; as such, it is recommended to give Silque speed from the Speed Shrine to get her to double some of the enemies and learn Warp sooner. One possible strategy is to kill Silque on Alm's route and the use the Revival Shrine to get her on Celica's route, and once that route is finished, kill her and revive her again on Alm's route; this strategy is the only means to grant Celica's route Warp access—it can be done with Tatiana as well, but Silque is available for Act 3, which has a significant amount of desert in Celica's route that most units struggle to move through. Invoke can be a useful spell, but it is unlikely for Silque to reach the required level 18 without significant grinding, and Invoke is not so useful as to justify the time cost.

Silque reprises her role in the remake. She is also featured in a Memory Prism, being rescued from brigands by Jesse.

Silque is the first healer available on Alm's route, and the only one until Act 4 if Faye is not promoted to Cleric. Silque's most notable trait is access to the Warp spell. Although much weaker compared to Gaiden—limited in range to half her attack rather than infinite—it is still helpful to get a unit to a point faster or across swathes of terrain that they would otherwise be slowed by.

The fastest way to level Silque up is by feeding her kills; the only way for her to deal damage is with the Nosferatu spell, which comes with a low 60 hit, making her ability to hit—and thus, kill enemies and quickly gain experience—highly unreliable. Silque will gain experience through the use of white magic, but the experience gain from defeating enemies is much higher. Another notable spell she obtains—but much later—is the Invoke spell, which summons Dread Fighters that most enemies will struggle to defeat, particularly enemy magic users.

Stat-wise, Silque has average HP and terrible defense, 18 and 1 respectively; additionally, her terrible speed means she will be doubled by almost every enemy in the game. Her attack is fine at 8, and with a growth of 40% she will usually have acceptable magic, though it may be beneficial to give her attack from the fountains to increase her Warp range. Her base resistance is very high, and is enough to survive against most magic enemies throughout the game, though she will need to growth her HP or resistance to survive against many of the endgame enemies. Her luck is unusually high, which helps her to not get crit; while luck is a factor in magical avoid, it does not affect physical avoid, which her mediocre speed limits. Her high luck combined with base 11 resistance makes her good at fighting Arcanists and Cantors, however, as the player doesn't get access to as many magically-bulky units on Alm's route.

There are two different variations of Silque available to Heroes, both of which are tied to her storyline appearance in Echoes: Shadows of Valentia. The normal variation of Silque is one of the characters added to the game in the Lethal Swordsman update, and became available for summoning by players on October 21, 2019. A Valentine's variation of Silque was added to the game as part of the Lovely Gifts update, and was made available to players in the twenty-fifth edition of the Tempest Trials+, "Romance Whirlwind", which initially ran from February 8, 2020 through February 18, 2020.

Silque: Adherent of Mila is only available at 5★ rarity.

As with many characters in Gaiden, Silque receives little characterization. The little known about her personality is that she is a kind person who wishes to tend the injured, as indicated by her ending; she travels to Rigel to help its people after the war.

In Shadows of Valentia her characterization is expanded upon as she is portrayed as a devoted worshipper of Mila with a penchant for casual conversation, especially with other women. She is also very forgiving and persistent as she tries talking to Faye again after she coldly rejected her offer of friendship in their initial C support conversation.

She left for Rigel to aid the injured.

The war left Valentia with many wounded, and Silque traveled to the former Rigel to heal all that she could. Her exact path is difficult to retrace, but anecdotes survive across the continent telling of the countless lives she saved. 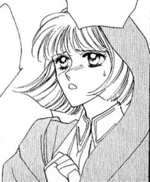 Silque has a very minor role in the manga. She does tell Alm that she also felt the blessing sent from Halcyon at Celica's request. She does little else aside from occasionally appearing in the background and making the occasional affirmative response.

Silque is featured on three cards in Fire Emblem Cipher. 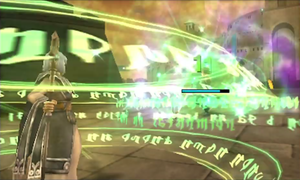 Silque appearing as a sage in the English "A Master Class in Strategy" trailer.