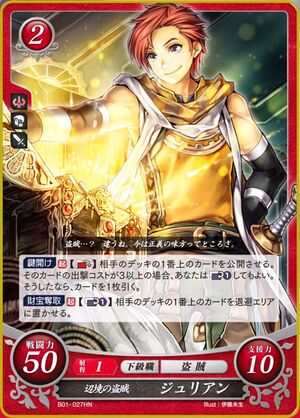 Chests are objects present predominantly on indoor maps which contain treasures locked within them. During the course of battles, the player has a chance to have their units loot chests to claim free items or gold, but will often have to compete with enemy bandits to claim the contents of treasure chests first. Most units need a key to unlock a chest and take its contents, but Thieves and related classes have the ability to open chests without keys.

Since it is set entirely outdoors, Fire Emblem: Genealogy of the Holy War is the only Fire Emblem game which has no chests at all. In Fire Emblem Gaiden and Echoes: Shadows of Valentia, chests only appear when exploring locations and do not show up in battlefields. 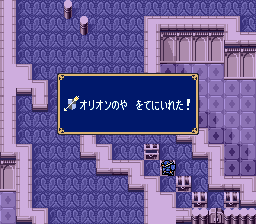 Marth using the Fire Emblem to open a chest containing an Orion's Bolt.

There are several ways to unlock chests. The most common one, available to all units, is to obtain a Chest Key (or the more powerful Master Key) and use it on the chest, which costs one durability point from the key. The other way is through the use of members of the Thief class and related classes (Thief Fighter, Assassin, Rogue, Whisper, Trickster, Outlaw, Adventurer), who as part of their trade are able to reliably open locks without needing to find and use keys. Depending on the game, Thieves use either the Lockpick item to open chests, again costing one durability point from the Lockpick, or have a skill such as Locktouch which allows them to unlock chests without needing to use items at all. Additionally, depending on the game, staff-wielding units are able to use the Unlock or Thief staves to open them, both of which have the unique advantage of being able to open chests from far away.

In Fire Emblem: Path of Radiance, the playable Thief Volke uniquely charges 50 gold for every lock he unlocks, including chests. The fee is automatically subtracted from the player's gold supply after unlocking a lock, and the player is not warned and notified outside of the conversation when he is recruited; if the player does not have enough gold left, Volke will refuse to unlock the chest. The other playable Thief, Sothe, is not affected by this, and no similar system exists in any other Fire Emblem game.

The 2D Fire Emblem games treat chests as "terrain" that units have to walk on top of in order to open them, while the 3D Fire Emblem games (Path of Radiance, Radiant Dawn, Awakening, and Fates) have their chests be uncrossable "terrain" which are opened by standing next to them.

During many battles, enemy Thieves who are not connected to the main enemy force will appear to take advantage of the confusion of war to loot the map's chests for themselves. Ideally the player will manage to get their own Thieves to the chests first, but if they cannot, the enemy can be forced to surrender the item by killing them, which will usually make them drop the stolen items (with the exceptions of Shadow Dragon & the Blade of Light, Thracia 776, and The Binding Blade, where items do not drop), or they can be stolen back from the enemy without killing them using the Steal skill of the players' own Thieves. However, gold taken from a chest by a Thief cannot be recovered at all.

Lists of chests and rewards

A chest in Tokyo Mirage Sessions.

Chests appear in Tokyo Mirage Sessions ♯FE. Most are not locked, unlike main series games. However, some are locked, appearing with a red overlay, and require a Treasure Key to open.

Chests also appear in Warriors. Most chapters of the Story Mode feature locked chests that require a Chest Key to open. Those keys are dropped by an enemy general, who sometimes appears as reinforcement.