The Demon King (Japanese: 魔王 Demon King) class is exclusive to Fire Emblem: The Sacred Stones. Only Fomortiis, the final boss of Fire Emblem: The Sacred Stones, has this class. The Demon King can summon eight monsters to fight for it, a more powerful version of summon used by the Summoner class. In the final chapter, Fomortiis uses the monster weapons Demon Light, Ravager, and Nightmare.

The Demon King class is an extremely powerful class, being the final boss of the entire game. Fomortiis has 120 HP, breaking the normal HP cap, and has attacks that can kill some characters in one hit. As a final boss, the Demon King has high stats in every category. However, every one of the Sacred Twin weapons, except for the staff Latona and Gleipnir, does bonus damage against the Demon King. 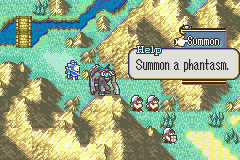 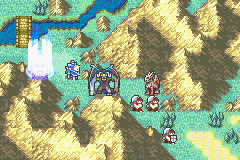