The Shield of Thracia

Main article: The Shield of Thracia/Script

Leif continues his flight southward, towards Castle Meath. August advises Leif to seek aid from Thracia, but Leif refuses to ask his parents' murderers for help out of pride. He decides to continue his mission to liberate Tahra, despite his lack of soldiers. Regrouping with Finn and Safy, Leif reaches Meath and meets Hannibal, who has arrested Osian, Halvan, and Ronan on suspicion of banditry. Hannibal releases Leif's allies and provides him a cavalier, Carrion, to escort him across the mountains.

With the overwhelming pain of failure lying heavy in his heart, Leif fled Munster, accompanied by several members of the Magi group. However, danger was still with them. Bounty hunters were after the reward placed on Leif, and the Munster Army was gaining on him from behind...

Units are arranged based on their position in deployment order after Leif. If every unit is recruited and alive, deployment order is Leif, Lifis, Fergus, Karin, Dalsin, Asbel, Brighton, Machyua, Lara, Nanna, Hicks.

Finn, Safy, Osian, Halvan, and Ronan will only reappear if they were alive and uncaptured at the end of Chapter 3; they retain their levels, stats, inventory, and skills from the end Chapter 3, and Finn will also be either mounted or dismounted, depending on which state he was left in at the end of said chapter.

All reinforcements are halted upon Eisenau's defeat, except those on turn 2 (which includes Eisenau himself); if Eisenau is prevented from appearing, reinforcements after turn 2 will be halted as if here were defeated. 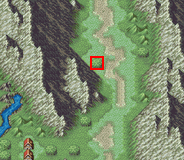 Placing a unit on Eisenau's exact spawn location will prevent both Eisenau from spawning, as well as all northern reinforcements except for three initial Cavaliers.

Recruiting Shiva requires Finn and Safy to move southward before your other units move down. Have Finn (recommended to dismount as Shiva's group decreases in number) make a chokepoint with Safy nearby. Don't let Safy get in range of the enemies or she will likely be captured.

If Lifis has gained at least 13 points in speed, he can steal the Killing Edge out of Shiva's hands, both neutralizing him as a threat as an enemy and preventing him from accidentally getting himself killed if he tries to fight against Leif's forces, making it easier to approach him for recruitment.