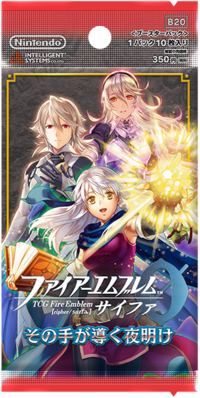 This booster series is part of season 5, and will no longer be legal in competitive play sometime in mid-2023.

This booster series can be divided into two halves. The first half, consisting of cards 1-50 and 101-102, focuses primarily on characters from Fates; as it focuses on all three core campaigns, there are cards denoted with

The series features a total of 103 normal cards, as well as 7 alternate foil prints.