"Aries" and "Scorpio" redirect here; they are not to be confused with the characters Ares and Scipio from Genealogy of the Holy War. 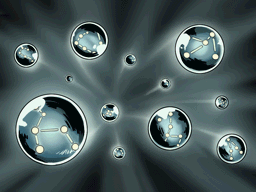 The twelve astral shards in New Mystery of the Emblem.

Before being restored into the Starsphere or Star Jacinth, the individual astral shards each have an effect on the stats of a unit who holds them, with the effect being a fraction of what the complete Starsphere does in its respective game. In Mystery of the Emblem and Shadows of Valentia, the shards affect the growth rates of units who carry them, with each giving a total 40% boost to growth rates distributed across one or several stats (or less in Shadows of Valentia if resistance is involved). Some shards reduce one growth rate to allow for a much larger boost. In New Mystery of the Emblem, the astral shards give temporary boosts to the stats of units when held in a unit's inventory, with each shard giving a total +2 stat boost distributed across one or two stats. In both versions of Mystery, the boosts stack with each other, allowing a single unit to have the stat benefits of multiple shards at the same time; this is not possible in Shadows of Valentia, since units are only able to carry one item at a time.

In Mystery of the Emblem and New Mystery of the Emblem, all twelve astral shards must be collected in order to assemble and obtain the Starsphere, at which point they will all be removed from the player's inventories. If the player fails to obtain even one astral shard, the Starsphere cannot be assembled in Chapter 14, and as the Starsphere is necessary to obtain the Binding Shield, this will eventually guarantee that the player gets the game's bad ending. In Shadows of Valentia, collecting astral shards and assembling Star Jacinths out of them is the focus of the DLC episodes The Astral Temple and The Inner Sanctum, and is unrelated to the main story; in addition to one each of the twelve types of astral shards, a Black Pearl is also necessary to obtain the Star Jacinth.

The Archanean versions of the astral shards were inadvertently created during the War of Shadows, when Gotoh used the Starsphere to forge the Starlight tome. The creation of Starlight put a great strain on the Starsphere and caused it to shatter into twelve pieces, which were blown away and scattered by the force of Starlight's creation.[1] After the war, Gotoh entrusted his disciple Wendell with searching Archanea to find all twelve shards so that the Starsphere could be restored, warning him that the world would fall to ruin without the restoration of the Starsphere.[2] During this mission, however, he was captured by Archanean soldiers serving Lang and held prisoner in Olbern Keep.

After Lang's defeat, Marth and the Altean army found and released Wendell, who told Marth of his mission. Marth, having already inadvertently collected a few shards himself, volunteered to help Wendell on his mission after sorting out the Archanean invasion of Altea. Though his plan was derailed when the arrival of Hardin forced his army to flee to Khadein, Marth continued to search for the shards after Gotoh instructed him to come to the Ice Dragon Temple. When he arrived, having collected all twelve on his voyage, Gotoh restored them into the Starsphere and entrusted it to Marth, intending the sphere to be restored to the Binding Shield once Marth found the other spheres.

With the exception of Pisces (moved from a chest with a fire dragon on it to being dropped by said fire dragon), all locations are the same in both the original and the remake.

Each astral shard has its own card in the Fire Emblem Trading Card Game.

The twelve astral shards are named after the twelve constellations/astrological signs of the Zodiac. The English and Japanese versions use the Latin names of the signs, while other localizations use their native terms for them. In Mystery and New Mystery, the matching constellations are depicted on the surfaces of the respective items.

Some Japanese names are shortened to fit within Mystery of the Emblem's seven character limit for items.